Voltas, the largest air conditioning company in India, has attracted positive press coverage recently. Heckyl News Analytics platform, which identifies positive and negative media coverage by scanning thousands of news and blog sources in real-time, has assigned the highest positive score of 100 to the Tata Group company for 3 out of 5 trading sessions during the previous week. Meanwhile, the average sentiment score for the past week stood at 84. Heckyl assigns sentiment score on a scale of -100 (very negative) to 100 (very positive). 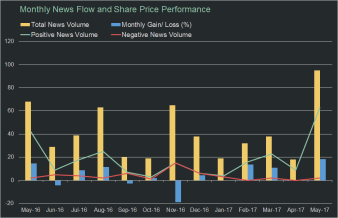 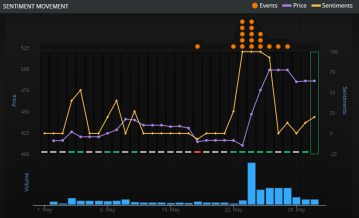 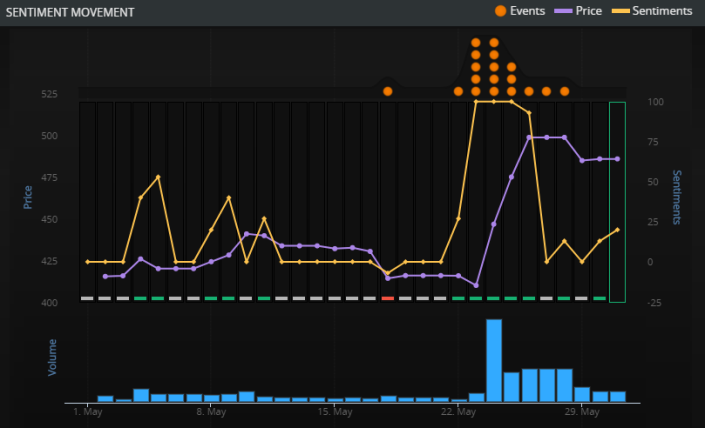 Here are some of the news items that may have impacted Heckyl Sentiment scoring:

Last week, Voltas reported a better than expected growth in the fourth quarter profit. Net profit for the quarter rose 24.7 percent to Rs 199 crore over last year. Revenue went up 9.3 percent over the prior year period to Rs 2,021.50 crore.

Air-conditioner maker’s decision to set up $100 million joint venture with Turkey based Arcelik was another major development during the last week. The joint venture will mark Voltas’ foray into consumer durables market in the country.

A sharp increase in positive press coverage during May 2017 helped Voltas to post an 18.5 percent gain in the share price for the month.

Analysis of news coverage for the past 12-months:

#1: Up and down movement in the positive media coverage was perfectly captured in the share price trend for 9-out of 12-months. 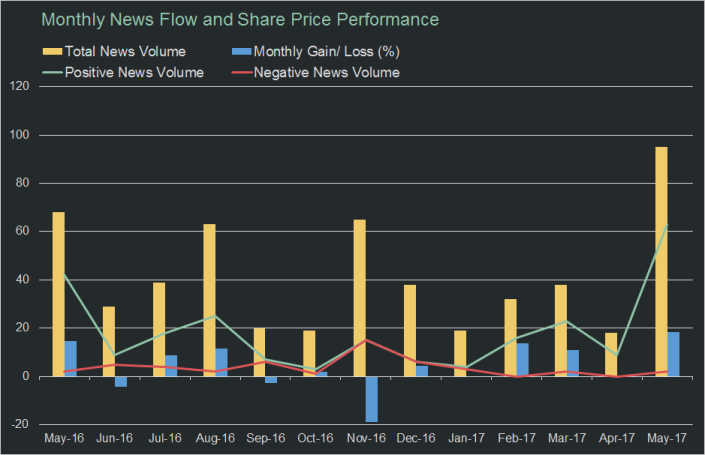 #2: News sentiment for Voltas touched the lowest levels in November 2016. Sentiment score remained negative during November last year amid negative media coverage on earnings and ratings (includes both stock and credit ratings). As a result, the stock fell 18.8 percent in November 2016. 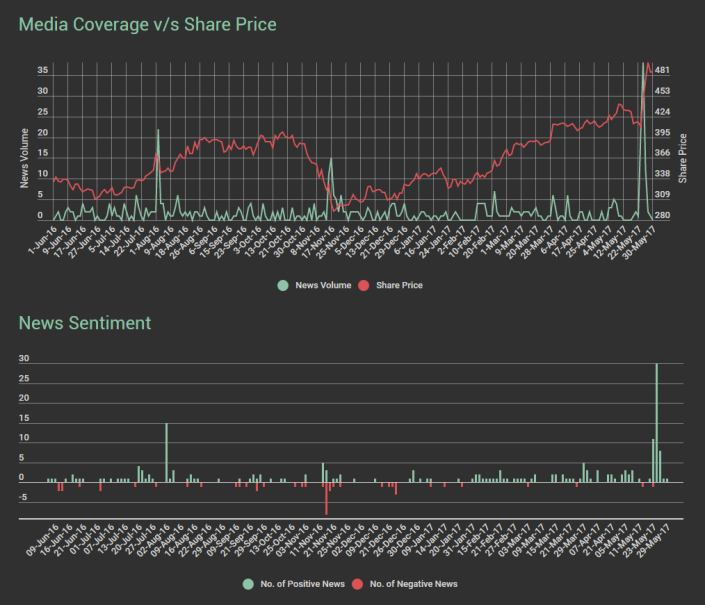 #4: Press coverage for Voltas was dominated by earnings and ratings​ news for the past 13-months. 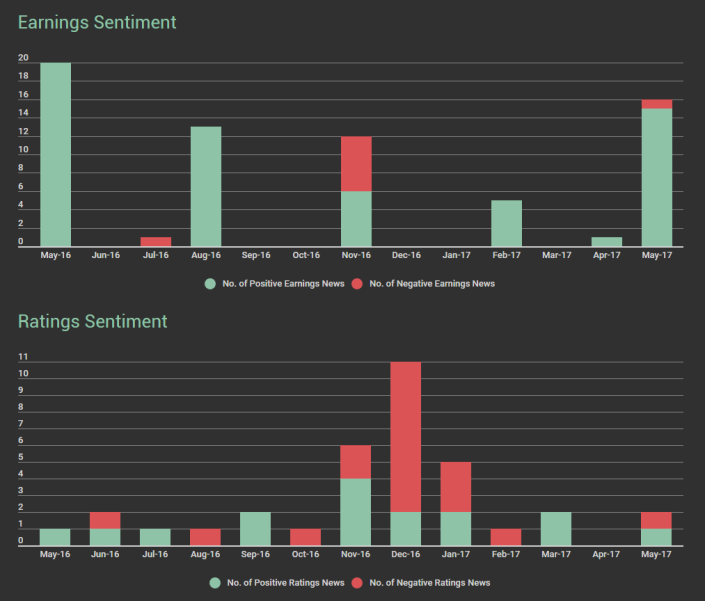 To know more about Heckyl’s Media Monitoring Tool, email us at info@heckyl.com