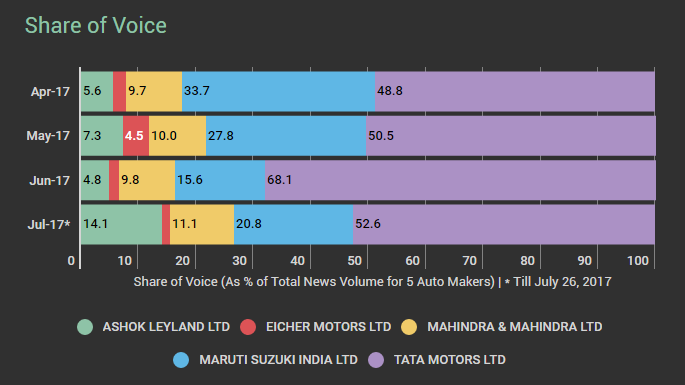 At the same time, the tone of media coverage was mostly positive around Maruti Suzuki, Ashok Leyland, and Eicher Motors since April 2017. However, news sentiment for M&M and Tata Motors was mildly positive during the past 4 months.

In our view, knowing where you stand on a quantitative, qualitative as well as tonality is essential while evaluating media coverage around your company.

Using Heckyl Media Monitoring Tool, corporate communication executives can not only track media coverage patterns but also they can analyze movement in underlying news sentiment in real-time for their company as well as competitors.

To know more about Heckyl Media Monitoring Tool, email us at info@heckyl.com