Media coverage was overwhelmingly positive for Oil Marketing Companies (OMCs) during August 2017. Corporate growth, expansion and M&A related news flow dominated the media coverage for OMCs in the past month.

Here are some of the news items published in August 2017 that have lifted IOCL’s news sentiment average for the past month: 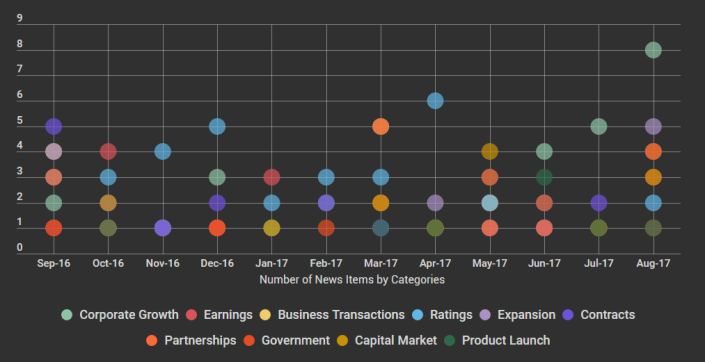 IOCL tops media coverage in the past 12-months

At 41.5%, the share of voice for IOCL was highest among oil marketing companies for the past 12-months.

Volume of positive news surges for IOCL in August 2017

IOCL has recorded a jump in volume of positive news during August 2017. As a result, media sentiment score touched a multi-year high.

To know more about our Media Monitoring Tool, email us at info@heckyl.com