Did you miss the recent rally in crude oil?

April 2018 turned out to be a favorable month for crude oil prices. Rising geopolitical tensions in Syria and the Middle East coupled with higher demand and lower inventories aided a 5.6% rally in the crude oil prices in the past month. Moreover, the expectations of amicable resolution on trade war between the United States and China also supported a rise in crude oil prices. 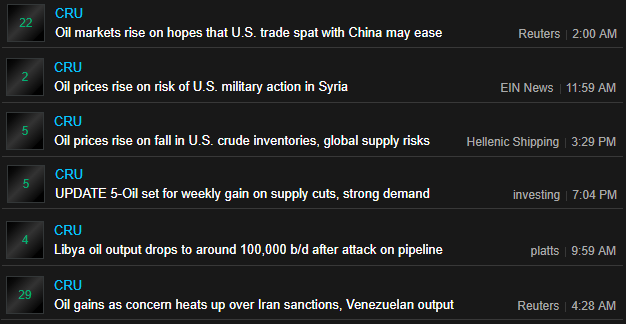 Crude oil price has demonstrated a strong rally over the past 5-months. On Thursday, crude oil WTI futures jumped above USD 66 per barrel for the first time in more than three years. The rally in crude oil prices was supported by OPEC’s extension of production cut, strong demand and continuous drop in the US stockpiles of crude oil.

At the same time, the US crude oil inventories have been witnessing downtrend for the past 10-months (Image 2).

2017 was a fantastic year for airline stocks as relatively lower oil prices, higher demand and improved operational performance brightened the outlook for the sector. However, after a solid performance last year, the global airline industry is bracing for an oil shock in 2018. The recent run-up in oil prices, if sustained, may exert a significant drag on airlines profitability in this year. 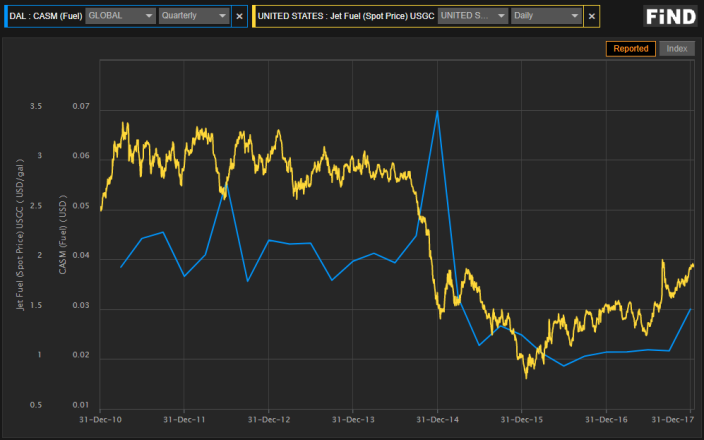 In the last 1-month, correlation between the prices of Gold, Crude Oil, and Copper increased significantly amid recent uptrend in the prices.