Insight from FiND: Did you MISS the recent opportunity to short Facebook?

FiND, an alternative data platform, analyses news + data from thousands of sources (including social media) in real time. We have a clear focus on reduction of the information arbitrage by “discovery and analysis” of the news flow in real time. Our proprietary Sentiment Engine analyzes news by applying NLP and various business rules to capture underlying sentiment (positive/ negative/ neutral) accurately.

Earlier this week, the shares of Facebook were beaten down at the Wall Street due to a privacy failure by the social media giant. It’s surfaced that Cambridge Analytica improperly used the data of 50 million Facebook users to manipulate voters in US Presidential Election 2016.

News reports highlighting concerns over privacy of FB users’ data and misuse of social network platform have been making the rounds across mainstream media for months now. The negative media coverage highlighting these concerns gathered momentum during this month. However, the stock corrected sharply only after the media reported the misuse of FB users data by Cambridge Analytica. We highlight some of the news items captured by FiND below: 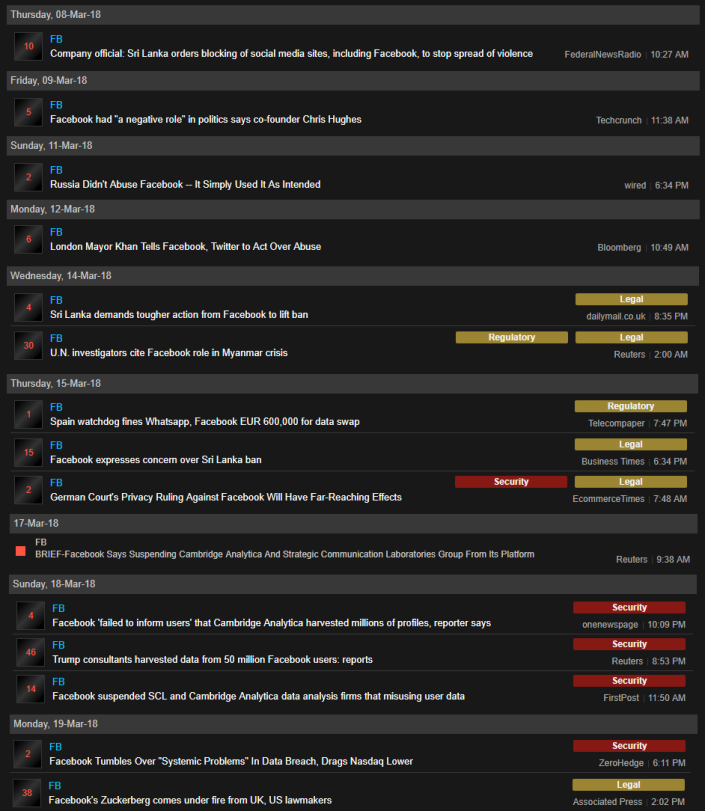