We are very pleased to announce that SunGard, one of the world’s leading software and technology service companies, has chosen to use Heckyl’s news and sentiment analysis services on their MarketMap terminal. The new content will be available to MarketMap users across North America, Asia and Europe.

As detailed in previous blogs, Heckyl is able to provide a wide coverage of data and solutions. This can be provided through our hosted front-end solutions, which we are already providing to numerous Brokers – see previous posts on F&O and Stock Dashboard.

What some people don’t realise is that we are able to provide all of our content and analytics through a variety of delivery methods, including APIs. This means that institutions are able to utilise Heckyl’s expertise within existing solutions and work flows. We work hard with our clients to ensure a seamless user experience, which can include bi directional passing of data and pages.

This is exactly what SunGard has done, as part of their drive to provide new ‘unique’ content to their client base of over 15,000 wealth managers, advisors and traders. As we covered in our post ‘How stock price and sentiment move hand in hand’ Heckyl tracks and scores news sentiment over time, thereby allowing users to get real-time alerts as mood changes in a company’s value. The deployment for SunGard incorporates this sentiment data and other content, utilising multiple delivery methods.

Sentiment analysis allows a user to measure the sentiment of news flow around an instrument and evaluate its potential impact, in real time. SunGard receives the high level sentiment value (+100 to -100) via an API, which has allowed them to include the value in a number of ways.

As seen in the screenshot below SunGard has included the current sentiment value, trend and 52 week high/low bar in their user watchlist view.

The second screenshot shows a more detailed breakdown of the sentiment value for an instrument through a mouse over widget. The widget in this instance has been built by Heckyl and subsequently deployed and hosted internally on SunGard’s architecture. This again shows the flexibility of Heckyl’s deployment options meeting its client requirements.

Finally we have also developed and deployed a series of sentiment heatmaps, which a user can access in MarketMap. These range from standard Exchange lists to a view of the users specific portfolio, which is populated on the fly when the heatmap is called, allowing them to see which of their instruments are being affected.

The use of sentiment data as another indicator can be seen in the example below, with a view of prolonged bullish sentiment: 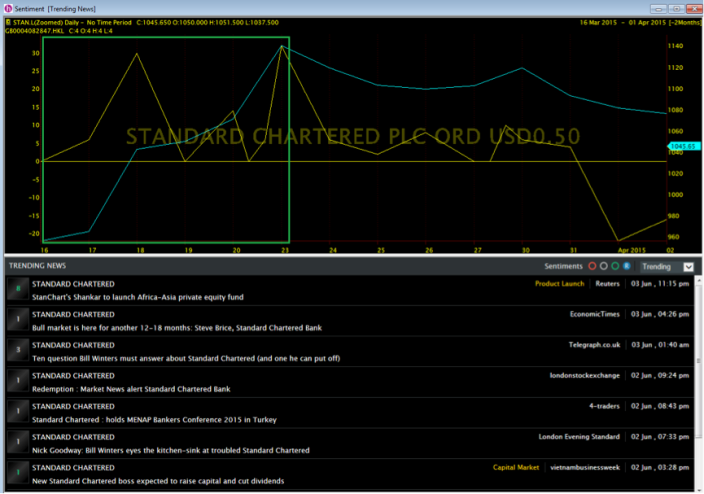 Standard Chartered stock maintained a bullish sentiment from 17th March to 23rd March on analyst talk about cost cutting and improving loan repayment rates in India. A number of analyst upgrades were also made in this period.

During this time, stock price jumped 18% from 965 to 1141 with Heckyl sentiment indicator moving from a score of 6 and reaching a high of 32 on 23rd March

Compiled from over 1 million online sources, Heckyl is now delivering over 10,000 unique stories a day, across 40,000+ companies to MarketMap users. The news is delivered in various parts of the MarketMap solution detailing market trending news, company specific news and streaming news.

The integration includes Heckyl’s advance taxonomy, which enables users to have a detailed view of the types of events affecting their investments. Based on five years of back testing, Heckyl has mapped every industry, share price movement and associated news item. Being able to recall relevant data, from product launches to tax inversion plans quickly, is only possible due to a taxonomy that effectively classifies and filters these events at a very granular level. 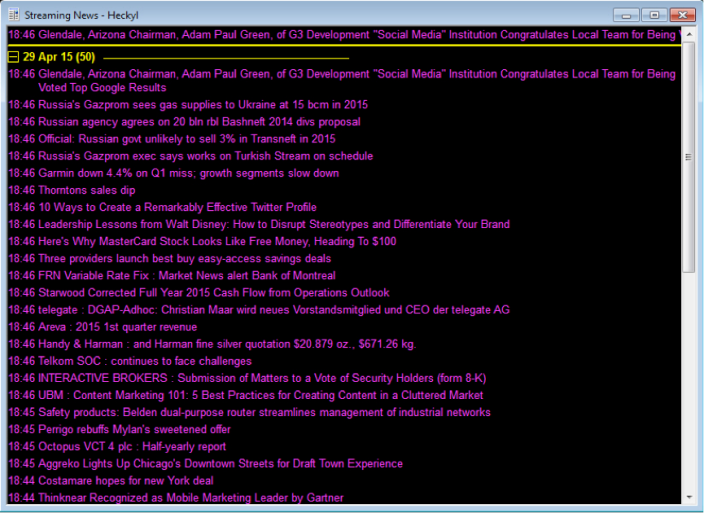 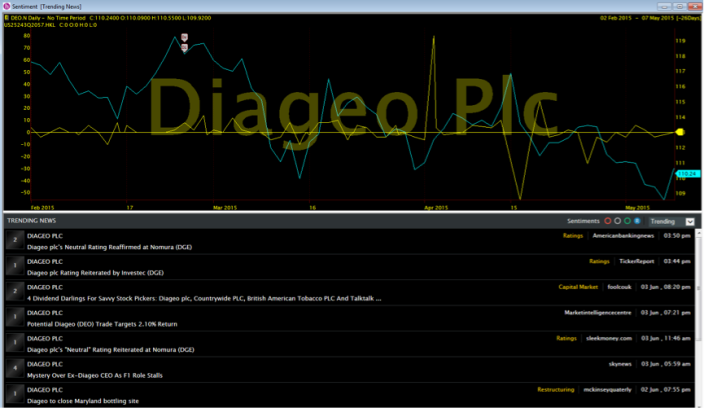 We have also included in the API a ‘breaking news flag’ that highlights key breaking news, which will have a material impact on the sentiment of the instrument and is viewable by the user for a period of 30 minutes. As seen in the example below: 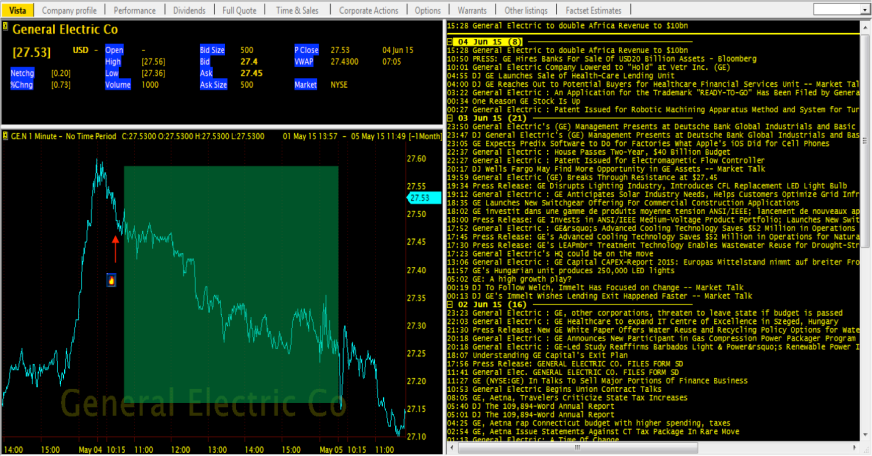 To know more, mail us at info@heckyl.com.

Is this feature is also available in India. If yes, How can we take advantage of this.

[…] talked about our SunGard tie up back in June, as we rolled out our News and Sentiment analysis on the MarketMap platform. Following the […]

[…] Technologies, a provider of visual sentiment analysis tools has announced that their solution is being integrated by SunGard. As part of the deal, SunGard will begin to […]